16:55  So here I am at the 21st World Congress on Safety & Health (nice how they reversed those otherwise dread inspiring words).  President Ho Siong Hin is being introduced (as “Engineer Ho”, a prefix I have’t heard before)

Unfortunately someone has put the raised stage and the camera people between me and the stage, so we are effectively watching the guy on the screen.  There are a lot of these – I have never been in such a lavish conference.

The other thing to note about this is the number of suits.  Definitely different from a science conference, where a suit marks you out as a vendor of some description.

Engineer is opening with the general remarks you might expect.  Count the buzzwords: “integrated”, “challenge” etc.  That said, it’s not a bad speech.

He’s just called for a 50 million steps to be made by the end of this conference – that’s new.  First time I’ve ever heard.

Now we’re hearing a bit about the nature of the conference.  Again, this is lavish.  There’s even a day trip to Malaysia.  I am coming face to face with how big this industry really is.

17:05 – The first round-table of the session.  Never heard so much polite applause.  Missed exactly who was speaking.  The moderator has declared that there is a “Quantum of Knowledge” to be gained, which is a decent turn of phrase if nothing esle.

Walter Eichendorf has started to speak about “Vision Zero”, which is a vision of a world without work-accidents or work-related diseases.  Good goal, but impractical.  As long as people are fallible (read: always) we will have accidents.  Something to strive towards rather than to do.

He’s just admitted as much with the principle to “people make mistakes”.

17:15 – the Chinese delegate, Sun Huashan (Vice-Minister, State Administration of Work Safety) has just gotten up to speak about safety issues in china.  Would be interesting to listen to – unfortunately, the whole thing is in Mandarin, which I don’t speak.

17:17 – that was incomprehensible.  Now the Finnish minister (Pirkko Mattila, Minister of Health and Social Affairs in Finland) has stood up to point out that the majority of the cash paid out on workplace safety is in treating accident victims, so money spent on safety is well spent (for counter-point, read here.  About IRB in hospitals, but the principle is the same).

17:20 – Michelle Baxter is from Australia speaking about how enough exercise and keeping workers well rested is vital for worker safety.  “Safe Work Australia”.  ‘Good leadership’ is the key – which means what, exactly?  I always fear this stuff getting lost in abstractions.

17:22 – Kevin Myers, President of International association of inspections.  He’s stressing that inspectors are primarily interested in the safety of people – he’s asking what exactly what “People centered prevention” is.  I’d scoff at this being too obvious to words, but I remember in my first lab gig – thirteen years ago – where a postdoc calmly pointed out that they could always get another intern, but lab equipment is expensive.

He summarizes that the best place for the lab manage is in the freakin’ lab.  Upcoming post on this.

17:25 – Sam Tan, MOS for Manpower.  He’s stressing that Singapore’s only resource is people.  In the end, that’s the only resource anywhere has.

“When companies do risk assessments, they should see how they can change process to suit workers, rather than the other way around”  – that’s actually a good point, a good way to get the best out of your 5% of attention.

Now he’s emphasizing teaching the workers the dos and don’ts.  Which brings us back to the original problem.

…closing remarks are the usual banality: “Every worker has the right to come home safe to his family” – er, who is arguing differently?

17:35 – now the congress has lit up.  The Guest of Honor, Singapore’s Prime Minister has been announced – Mr Lee Hsien Loong.

17:45 – Mr Guy Rider, the director general of the International Labour Organization has taken the stage.  “Proud to be co-organizer” of this event. 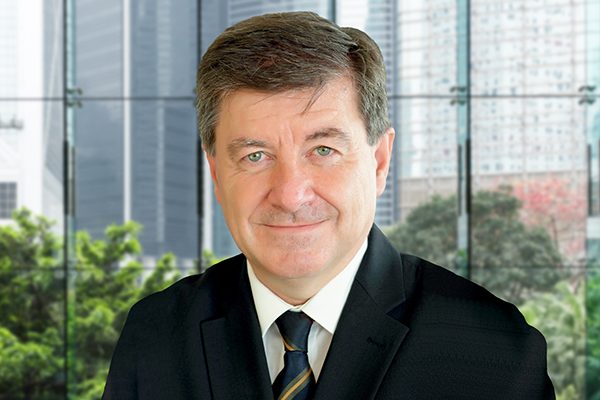 He is now moving on to stress the cost of accidents.  Apparently 3.49% of Global GDP is consumed by accidents, 2.399 trillion dollars.  The total GDP of the poorest 100 countries in the world.

He’s discussing that there might be a global OSH.  He says there are five challenges:

I was surprised at the cheering – then saw it was the drummers in the corner.

18:05  Joachin Breuer – the President of the International Social Security Association (ISSA) has stood up to give a talk.

He’s discussing the effects of digitalizaiton.  He stresses that we need to understand how the digital transformation affects the world of work.  He discusses a “fault line” of digitalization.

A blog post about uber – the author mentions a reason that she left uber due to sexism and – get this – female drivers were worried about fighting off assailants out of fear of a bad rating.

This proves something I’ve always said: the way that technology actually goes bad is never the way you expect it to go bad.

It’s an interesting question how you’d solve this: dash-cams in all uber driver cars?  Self-defense training?  His suggestion – holding programmers accountable – strikes me as a way to dodge the question.  What does that mean?  This isn’t like banning nasty content – how does software affect IRL activity?

18:20 – There’s a delegation behind me that is falling asleep.

He stresses how a work injury doesn’t just damage the worker, but all his dependants – Upton Sinclair would be proud.  And he stresses that this is also in the interest of businesses.  He refers back to the 4% of world GDP that goes down the tubes due to injury.

He’s good on this: the issue cannot be fixed with new regulations.

He seems to have had my idea – some transport companies have installed sensors to make sure that drivers are not falling asleep etc.